Development of Scaffolds with Adjusted Stiffness 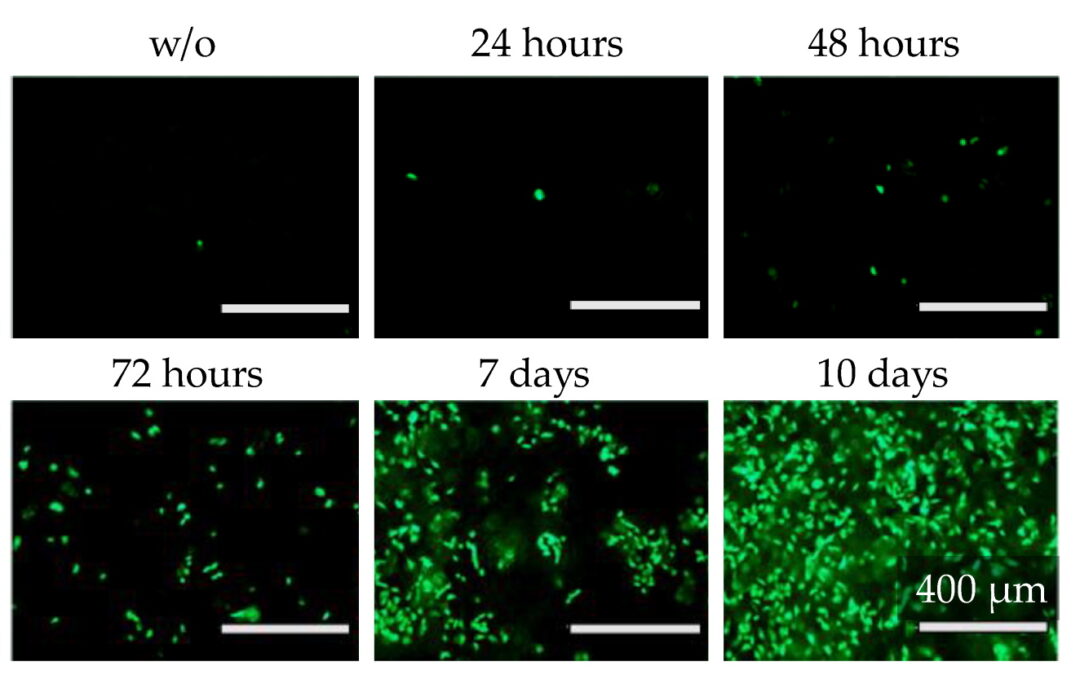 New in vitro models using human cells are increasingly being used to replace animal testing for drug development. Freshly isolated human hepatocytes are ideal in predicting liver toxicity in these models, although they are highly limited and tend to lose their metabolic function after a long time in culture. Researchers therefore turn to liver cell lines as an alternative while they determine ways of extending and improving the hepatocytes metabolic activity while in culture. One proposed method is to allow hepatocytes to interact with their surrounding matrix, such as a scaffold. A 3D culture system can sustain metabolic activity and improve cell nutrients’ supply. Also, by varying the stiffness of the scaffold, metabolic activity of hepatocytes can be altered. In this study, Dr. Andreas Nüssler and his team at the Siegfried Weller Institute for Trauma Medical Research in Eberhard Karls University developed a scaffold that mimicked the stiffness of healthy and fibrotic livers. A coating of fetal calf serum (FCS) on the scaffold was studied as well for cell adherence.

To measure the stiffness of the scaffolds, the team used the CellScale MicroTester in a parallel-plate compression test mode. 4 different scaffold prototypes with different cryogel compositions were tested and compared to literature data of healthy, fibrotic and cirrothic liver tissue. The graph below shows the results from the test. 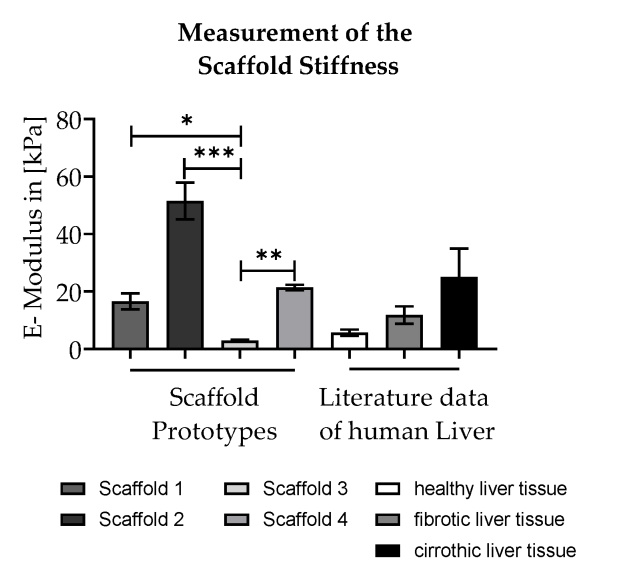 To read about a multiparametric analysis of tissue spheroids, click here.