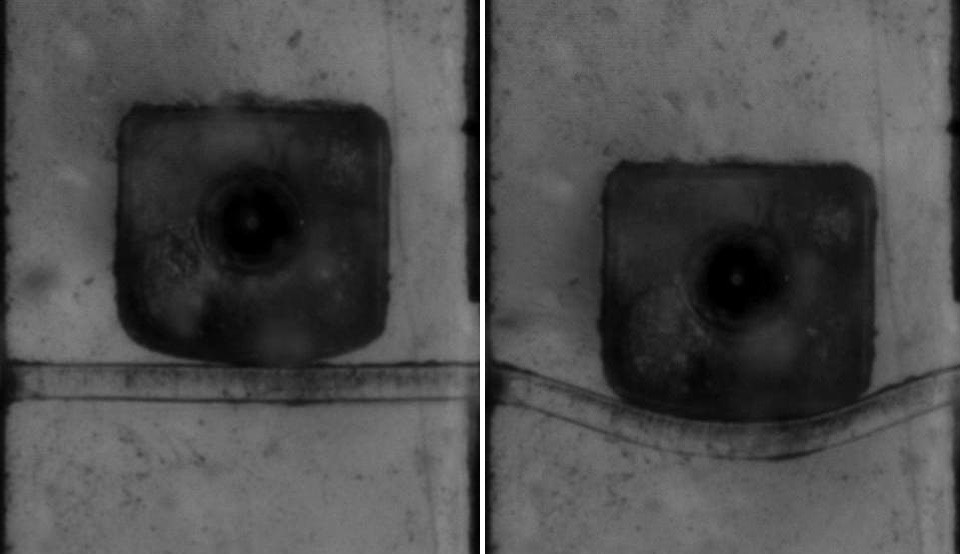 Yimu Zhao (MASc.) and her team at the Department of Chemical Engineering and Applied Chemistry at the University of Toronto has developed a platform called the “Biowire II”. This is a scalable tissue-cultivation platform that uses electrical field conditioning to perform non-invasive drug testing.

“One key feature of our Biowire II platform is to culture human cardiac tissues and perform on-line non-invasive measurements on contractile forces over a long period of time. The cardiac tissues are formed around a pair of elastic force sensors. Thus, forces generated by tissue formation and contraction can be measured with these force sensors through the use of the calibration curves (wire deflection vs. forces).

The force required to displace the polymer wire was determined using a microscale mechanical tester, MicroTester (CellScale), with modified tungsten probes. Due to the small sizes of engineered cardiac tissues, the generated forces are very difficult to measure directly and accurately. MicroTester apparatus enabled us to calibrate our polymer force sensors and facilitate the accurate force measurements on our Biowire II platform.”

Read all other publications here: https://www.cellscale.com/publications/

Read about another research in cardiac tissue, in this case Investigating the regional variations in mechanical properties of heart valve leaflets here.